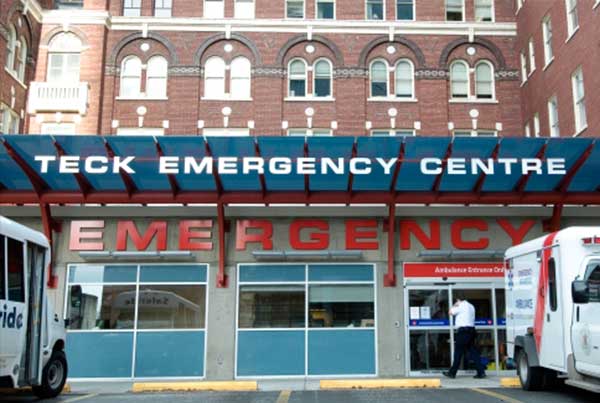 A collaborative group of scientists in Vancouver have published results from a study showing the acceptability of point-of care testing at St. Paul’s Hospital. The group included scientists from five different research organizations.

Point-of-care testing is testing that is done when a person is receiving urgent medical care, not during an appointment at a specified clinic. Although both provincial and federal recommendations suggest routine HIV testing, either through laboratory or point-of-care testing, these policies have not seen widespread adoption in Canadian emergency departments.

“The earlier we can detect if a person is HIV-positive, the faster they can start getting access to treatment and support.” To be effective, point-of-care testing must be done in a health care setting where there can be support or advice provided, noted Dr. Anis.

Of the approximately 70,000 Canadians living with HIV, 1 in 5 are not aware of their status. Over 2,000 British Columbians are unaware that they have HIV. Early diagnosis is an important aspect of HIV treatment and control. Diagnosis improves access to care, lowers mortality, and can reduce the risk of transmitting the virus to others.

“The Emergency Department at St. Paul’s serves a lot of people at high-risk for HIV,” said co-author and CHÉOS Scientist Dr. Rob Stenstrom. “In inner cities, the emergency department is often a person’s only point of contact with the health care system—making point-of-care HIV testing crucial for reducing infection rates.”

The study, published in the Canadian Journal of Public Health, randomly tested 1,400 individuals who visited St. Paul’s Hospital Emergency Department between November 2009 and January 2011. Of those tested, 65 individuals were HIV-positive (4.6 per cent) but they were all aware of their status. This finding was higher than expected, but likely indicates the high-risk population served by St. Paul’s Hospital. Twenty of those with HIV were not currently linked to care and, following the point-of-care testing, 17 of them were linked to care at an immunodeficiency clinic.

The study demonstrated both the usefulness and feasibility of point-of-care testing, and the ability of point-of-care testing to estimate the prevalence of HIV in an inner-city emergency department. The researchers found that the testing took under ten minutes to complete and there was a high level of patient satisfaction, with most of the participants recognizing that the hospital setting was appropriate for HIV testing. This study is the second of its kind in Canada and, like its predecessor, recognizes the value in adoption of point-of-care HIV testing in Canadian emergency departments.

The publication was also co-authored by CHÉOS Scientist Dr. Eric Grafstein. Other authors included physicians and scientists from UBC, Providence Health Care and the B.C. Centre for Excellence in HIV/AIDS.