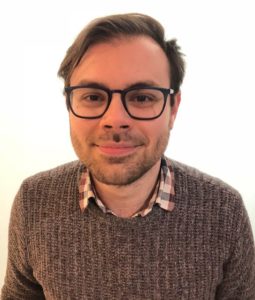 Approximately half of the aging HIV-positive population will be affected by HIV-Associated Neurocognitive Disorder (HAND). People with HAND can experience cognitive impairment issues such as difficulty processing new information, problem solving, making decisions, and difficulty with memory. Modern antiretroviral therapy and earlier treatment initiation have significantly reduced the incidence of severe HAND. However, the mild-to-moderate form of HAND (Mild Neurocognitive Disorder, or MND) persists and it can hinder the ability to cope with daily activities (such as maintaining employment and adhering to medications).

Group therapies have been helpful for people living with HIV and for people living with dementia in the general population, at helping people cope with changes to their daily schedules and activities. These interventions can also help people manage their stress and anxiety, and feel more connected to their peers. People are often affected by HAND at an earlier age than dementia usually presents in the general population. This presents unique considerations as many people living with HAND continue to work, raise children, and participate in other activities that are more common in a person’s 40’s and 50’s than it is for people who have reached geriatric age (65+).

I’m a social worker and I’ve been studying HAND for a few years. My first HAND study was a community-based participatory research project that sought to understand the social support needs of people aging with HIV who had cognitive concerns. My team has used the results of that study, alongside consultations with community leaders aging with HIV and with service providers, to design CTNPT 029: Psychosocial intervention for older HIV+ adults with HAND.

This pilot study seeks to enrol 16 people who have been diagnosed with the MND form of HAND at St. Michael’s Hospital in Toronto. Study participants will be randomized into one of two group therapies: cognitive remediation group therapy (CRGT) or a mutual aid support group (control group). Both group therapies will consist of 8 weekly 3-hour sessions. The CRGT group will spend one hour per session on brain training exercises (PositScience Software), facilitated by a peer (person aging with HIV) and the remaining two hours on mindfulness-based stress reduction (meditation, breathing exercises, etc.), facilitated by a physician and a social worker. The control group is a type of therapy commonly used for both people living HIV and for people with dementia. It will use a model of mutual aid to encourage peer-based discussion on the effects of living with HAND, and how to cope with daily activities, and will be facilitated by a social worker and a peer.