A new publication reports on evidence that is helping to change international treatment recommendations for people who are newly diagnosed with HIV, an update that could affect nearly two million people per year worldwide.

The study, published by The Lancet in the journal EClinicalMedicine, was commissioned by the World Health Organization (WHO) as part of a planned update to its guidelines for HIV antiretroviral treatment (ART). The result supports the recommendation of dolutegravir as part of a regular treatment regimen, a choice that has not been clear over the past several years. 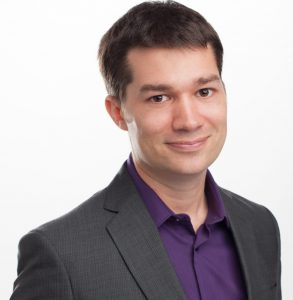 “Research supporting the 2016 WHO guidelines suggested that dolutegravir was effective and well tolerated, but its efficacy and safety among key populations, such as pregnant women and people living with both HIV and tuberculosis (TB), remained unclear,” explained Dr. Steve Kanters, the study’s lead author. “In 2018, new research warned of a potentially serious increase in risk of neural tube defects in the children of women who became pregnant while taking this treatment.”

Neural tube defects are a type of developmental issue that occur in the first few weeks of pregnancy: spina bifida (affecting the spinal cord) and anencephaly (affecting the brain) are the two most common.

The risk of this adverse reaction meant that although dolutegravir was found to be favourable compared to other options, it was only recommended as an alternative, with an antiretroviral called efavirenz recommended as the primary treatment.

“The WHO guidelines are intended for low- and middle-income countries and aim to keep guidance as simple as possible to allow for scale-up of treatment programs and strategies,” explained Dr. Kanters, who was the lead author on a similar WHO-funded study prior to the 2016 release. “We incorporated new evidence into our study to address some of the knowledge gaps from the 2016 and 2018 guidelines, which allowed for a clear recommendation in favour of dolutegravir.”

The work comes out of Dr. Kanters’ PhD training at the UBC School of Population and Public Health. His PhD was supervised by Dr. Nick Bansback, with CTN National Director and study co-author Dr. Aslam Anis serving as a committee member.

The study team completed a network meta-analysis of available research on ART. This allowed the researchers to include all treatment options in a single analysis and compare those treatments even if they were not included in the same clinical trial. The analysis compared a total of 68 trials.

Dolutegravir was superior to efavirenz in most outcomes, including viral suppression, tolerability, and safety. According to Dr. Kanters, the increased odds of viral suppression with dolutegravir could have a significant impact on achieving international goals for HIV treatment.

“We found about a five per cent increase in the probability of viral suppression, which means that more people who start treatment will be able to successfully control their HIV,” he said.

Another key attribute of dolutegravir is that it is effective in people who are resistant to NNRTI-class antiretrovirals, like efavirenz, a problem that is becoming increasingly common.

The analysis also showed that dolutegravir and efavirenz had similar rates of adverse events for pregnant women — the increased risk of neural tube defects for dolutegravir was estimated to be less than 0.3 per cent.

“The new evidence on neural tube defects show that the risk with dolutegravir is much more tolerable than previously thought and should quell the initial worry about this drug,” said Dr. Kanters.

“Dolutegravir appears to be here to stay as the preferred treatment for people newly diagnosed with HIV,” he said. “However, it is important to recognize the good that efavirenz has done over the past two decades, as it helped lead the ART scale-up around the world.”

Despite the many benefits of dolutegravir, an important observation from the study is that dolutegravir use was associated with increased weight gain, a side effect that could increase the risk of aging-associated comorbidities, like heart attack or stroke.

“In many places, well-treated HIV has become a chronic condition and we are now seeing people living long lives with HIV,” said Dr. Kanters. “The research community will continue to monitor the effects dolutegravir may have on the healthy aging process.”

While this study is specifically focused on the optimal treatment for people newly diagnosed with HIV, an upcoming publication will review the evidence in support of switching to dolutegravir for people whose first treatment choice has been unsuccessful in controlling their infection. This recommendation could mean improved treatment for the many people living with HIV around the world who are unable to achieve viral suppression despite being on treatment.