The Black PRAISE study was a community-level intervention to reduce HIV-related stigma in Black church congregations in Ontario by strengthening critical awareness of HIV affecting Black communities. This study responded to previous research that examined the development of HIV-related stigma among ACB communities in Toronto and identified the need for faith leaders to address this stigma.

Stigma is a negative stereotype. For people living with HIV, stigma can impact choices to seek treatment and testing. Stigma in the context of HIV can prevent people from getting tested for HIV, accessing care, supporting people who’ve been diagnosed, or engaging in critical dialogue about HIV. Stigma associated with HIV takes three forms. The first is an inappropriate fear of transmission caused by lack of knowledge about HIV. This can cause communities to exclude people living with HIV because they are afraid of getting HIV through casual contact. The second form of stigma is negative judgements and beliefs about people living with HIV, such as blame and shame. The third form of stigma is called compounded or layered stigma. For Black Canadians, this third form of stigma emerges from racist stereotypes that position Black people on margins of society and undermine their claims for justice and equity.

Six churches in Ontario participated in the trial between 2016 and 2019. The intervention included three components: a booklet, a sermon, and a video that responded to different but overlapping aspects of stigma. The booklet was developed and distributed among the congregations to provide validated knowledge about HIV transmission and testing, and understand why, as Black Canadians, being knowledgeable about HIV is important. The booklet contained information about the social determinants of health, basic data to illustrate how HIV has affected Black Canadian communities, and information on services related to HIV for ACB Canadian communities in Ontario. The sermon was developed by pastors and discussed compassion, love, and social justice. It was delivered by pastors to their congregations. Finally, the short video featured Black Canadians talking about how HIV-related stigma affects them and their community, how they cope, their sources of support, and the role of churches in reducing HIV-related stigma. Each of the three components was implemented on an agreed schedule among the churches and delivered at the main weekly services. The team assessed stigma through a series of surveys (baseline, post-intervention, and 3-month follow-up) among the congregations and also conducted in-depth interviews with one pastor and two congregants from each participating church to understand how they experienced the interventions.

Congregants became more knowledgeable about HIV from baseline to post-intervention and 3-month follow-up. Stigma also decreased, particularly among congregants who received all three components of the intervention, compared with those who only received one.

From the interview portion of the study, three major themes emerged: the beneficial impact of the intervention; reconciling the moral and theological issues of their faith with the social reality of HIV and stigma; and perspectives on future stigma reduction efforts. Participants spoke approvingly about Black PRAISE and supported stigma reduction, but acknowledged uncertainties about their capacity to put their commitment into practice.

Community-based interventions are necessary to strengthen critical awareness of HIV among Black faith communities and Black communities at large. However, churches and other institutions should be supported in developing and testing interventions, and incorporating effective interventions into their regular programs.

Overall, the results of CTN 297 support a community-based participatory approach to engaging Black congregations in stigma reduction and health promotion activities. The study showed that successful interventions incorporate multiple ways to raise awareness about specific health issues related to Black life and wellbeing and provide opportunities for congregants to appreciate why HIV and HIV-related stigma reduction should matter to them. Finally, CTN 297 suggests that interventions should support critical reflection on the underlying concerns implicit biases and assumptions, and belief systems among stakeholders.

For more information, please refer to the principal investigator. 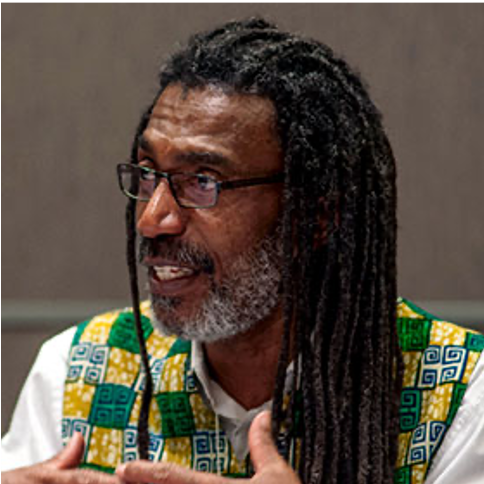