It is well known that people living with HIV are at greater risk for chronic diseases related to aging, like cardiovascular disease and neurocognitive decline. But, stresses Dr. Madeleine Durand, this isn’t the case for all. “Not everyone experiences early aging or early onset of cardiovascular disease. This is the same as people not living with HIV; everyone ages differently.” 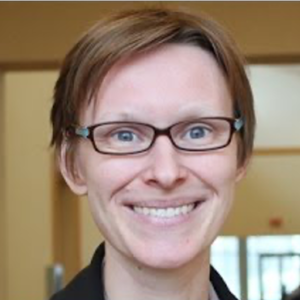 Dr. Durand, who co-leads the CTN’s Clinical Care and Management Core, sees this as a message of hope. “This is good news for people living with HIV. Not only are we aiming for the same number of years lived as the general population, but also the same quality of years,” she said. “We have embarked on a sort of fine-tuning — we are trying to help everyone age in a healthy way.”

This journey to continuously improve our understanding of how people with HIV age is the main focus of CTN 272: The Canadian HIV and Aging Cohort Study. This cross-Canada study, now led by Dr. Durand, has been underway for the past ten years. CTN 272 investigators are particularly interested in understanding the relationship between HIV and cardiovascular disease.

What is cardiovascular disease? 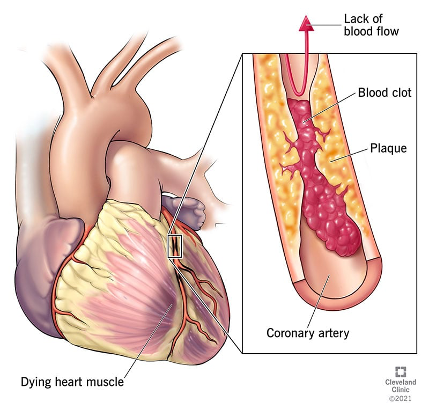 Blood vessel blockage during a heart attack. Courtesy of the Cleveland Clinic, available at https://my.clevelandclinic.org/health/diseases/16818-heart-attack-myocardial-infarction

Cardiovascular disease refers to a group of disorders that are generally caused by a similar mechanism. “Our blood vessels are hollow pipes. These pipes can get clogged by the deposition and build-up of things like cholesterol, immune cells, and calcium, forming what we call plaque and causing narrowing of the vessel,” explained Dr. Durand, a general internal medicine specialist and assistant clinical professor at the Université de Montréal.

The blood vessels around the heart can narrow up to about 80 per cent without causing physical symptoms, though some people might feel chest pain (angina) when increased blood flow is needed to the heart, like when exercising. The real issues comes when these plaques building up on the inside of the blood vessels rupture.

“When a plaque ruptures, it exposes things like lipids and immune cells to your blood, causing an instant blood clot, which can block 100 per cent of the blood flow through the vessel,” explained Dr. Durand. “This means the heart will suffer because it’s not getting blood. If the blockage goes on long enough, some of the heart muscle will die, known as a myocardial infarction or heart attack.” 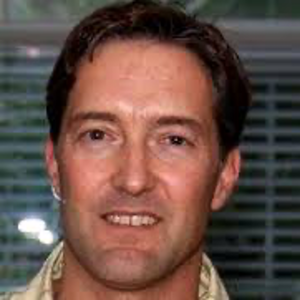 Plaque grows gradually over many years, meaning that people can have indications that they are developing cardiovascular disease even if they don’t have symptoms. Radiologists like CTN Investigator Dr. Carl Chartrand-Lefebvre are able to use non-invasive imaging to detect these pre-clinical signs of heart disease.

As part of a cardiac imaging substudy of CTN 272, Dr. Chartrand-Lefebvre led the publication of results showing that people living with HIV are more likely to have plaque that is vulnerable to rupturing and causing a cardiac event.

“We found similar levels of plaque overall between people living with and without HIV, but the most significant difference was that people living with HIV have more non-calcified plaque,” he said. “These plaques are known to be more vulnerable to rupturing and creating obstruction of the vessel.”

Earlier research related to CTN 272 found that people living with HIV in Quebec had roughly double the risk of heart attack compared with people not living with HIV. While there are many factors related to this risk, researchers like Dr. Durand generally split these factors into three broad categories: traditional risk factors (smoking, obesity, family history, etc.), antiretroviral therapies (ARTs), and chronic antigen stimulation, including from the virus itself.

“Antiretrovirals are one of the most important covariates in this type of research. We are always needing to ask ‘Could this be a result of antivirals?’,” said Dr. Durand.

However, the main focus of studies like CTN 272 is the third category: How can the presence of the virus in the body affect risk?

“When people are living with HIV there are bits of the virus still present in the body, even when on ART and with undetectable viral load. This constantly irritates the immune system and causes inflammation,” said Dr. Durand. “In CTN 272, we are specifically looking at the role of this chronic inflammation in the development of heart disease.”

What makes CTN 272 unique is that it doesn’t stop at just identifying differences between people living with and without HIV when it comes to cardiovascular disease. “We are asking: ‘What are the pathways that are broken or modified by chronic inflammation caused by living with HIV, and what can we do about them?’”

This approach involves the sharing of ideas and data between cardiac imaging labs, like the one led by Dr. Chartrand-Lefebvre, and basic science labs, like those run by the CTN’s Drs. Cecile Tremblay, Jean-Pierre Routy, Mohammad-Ali Jenabian, Nicole Bernard, Cecilia Costiniuk and many others, who can connect the imaging results to immune pathways that may be malfunctioning. This close collaboration also involves care providers like Drs. Durand, Tremblay, Melanie Murray, Brian Conway, Marianne Harris, and many other across the network, who help these laboratories understand what matters to the clinical care and well-being of people living with HIV. 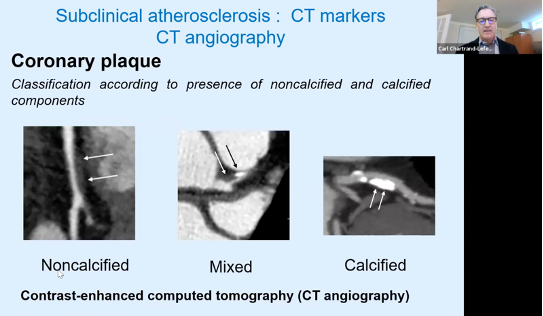 “It’s a very potent synergy — bringing together experts who don’t typically collaborate in such a close way,” said Dr. Durand.

So, when Dr. Chartand-Lefebvre’s data suggested that people living with HIV may have more vulnerable plaque, his team worked with a number of CTN 272 labs to ask why. Soon after, a paper out of Dr. Routy’s lab found that a specific cytokine (a molecule used for signaling between cells), may contribute to plaque build-up in people living with HIV. Dr. Nicole Bernard’s lab has suggested that natural killer cells, a type of immune cell, might play a protective role. And, published in November of this year, Dr. Nicholas Chomont at the Université de Montréal found an association between the size of the viral reservoir and the amount of plaque.

“As a radiologist, it’s amazing to know people in these labs see our imaging data as very interesting and that they want these data,” said Dr. Chartrand-Lefebvre. “We work exclusively with our imaging data, but these other labs can do so much with what we’re producing.”

A similar scenario arose when CTN Investigator Dr. Mohammad Ali Jenabian and his team noticed that a higher amount of T regulatory cells, or Tregs (a type of immune cell that is usually protective against cardiovascular disease) was actually associated with more cardiovascular disease in people living with HIV.

“Dr. Jenabian then looked at how these cells were functioning and found that they were sort of broken and unable to conduct their regular anti-inflammatory work, which explained our counterintuitive result,” said Dr. Durand. “This is a pathway that we may be able to one day target.”

Dr. Durand sees the next step for CTN 272 being the translation of this fruitful collaboration into clinical trials that test ways of intervening in these malfunctioning pathways that increase risk for cardiovascular disease.

For example, CTN Postdoctoral Fellow Dr. Léna Royston is leading a pilot trial looking at whether the antiviral letermovir can reduce systemic inflammation in people living with HIV and cytomegalovirus (CMV), a common co-infection that may increase risk of cardiovascular disease.

“Trials like this can really make a difference, not for all people living with HIV, but for the people living with HIV who are impacted by that specific pathway. We don’t expect these to be a one-size-fits-all solutions to reduce cardiovascular risk — the only solution of that kind is to stop smoking,” she laughed.

Beyond the heart: Aging well with HIV

Dr. Durand also wants to take the synergy between different labs and care providers to study other aspects of aging, like frailty. 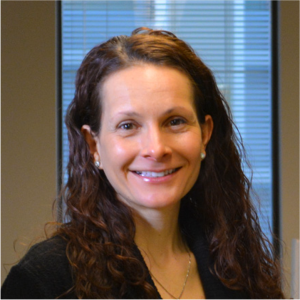 Dr. Jacqueline McMillan, a geriatrician who joined the CTN earlier this year, is one of the clinical care providers at the centre of CTN 272’s collaborative structure. She explained how the complexities of aging can intersect with HIV.

“Older adults living with HIV will be taking ART, but might also be on a statin or an anti-platelet or blood pressure medication. Before you know it, they’re on ten medications a day,” she said. “If they have memory problems and they’re going to forget to take one medication, I wouldn’t want it to be their antivirals. These are the complexities that I find very rewarding to consider because there is room to intervene and assist and support people.”

She notes that there are many other areas of aging that may be affected HIV, including depression, anxiety, and sleep. Another common occurrence associated with aging is cognitive decline, which is the focus of a new pilot trial led by Dr. Chartrand-Lefebvre, looking at the relationship between HIV, cardiac and brain imaging, and neurocognitive functioning.

Dr. Durand stresses that the process of aging is different and complex for everyone, regardless of their HIV status.

“Some people age beautifully and we don’t see early aging, and in some people we do. There is always diversity in the complications of aging,” she said. “I see CTN 272 as investing in people’s health and moving beyond the infection.” 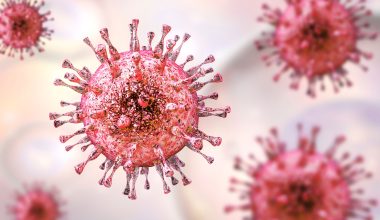 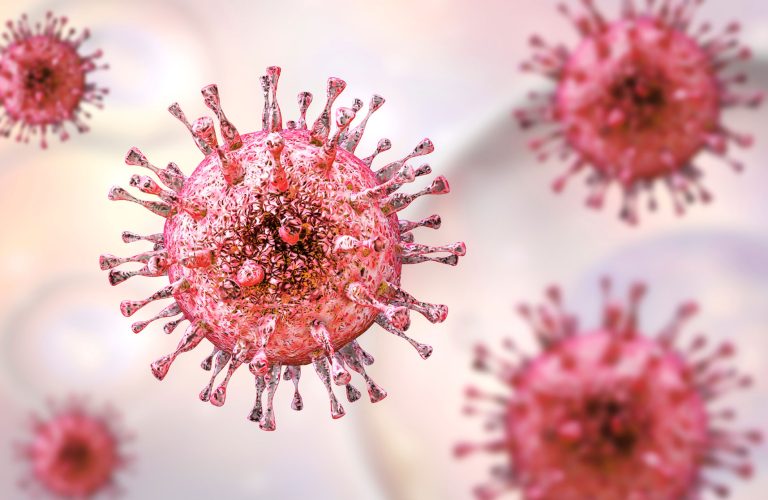 The drug works against CMV, a common virus that may be a main cause of inflammation and health problems in people living with HIV 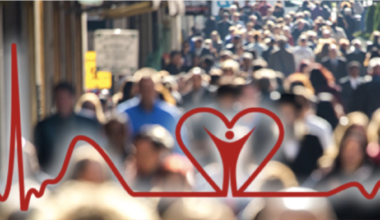 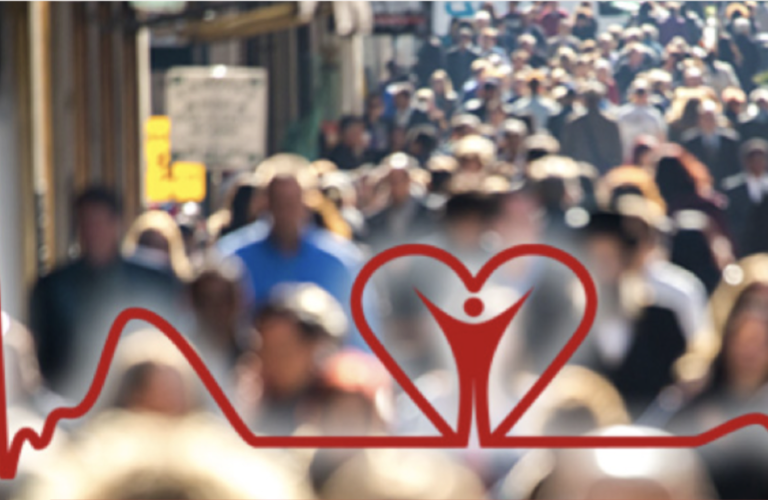 Seeking a Reprieve for Heart Disease: CTN Partners with the ACTG